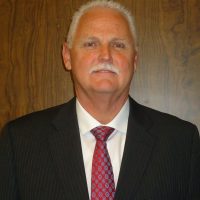 Dwayne Spurlock was appointed Associate Member of the Board of Pardons and Paroles, effective May 29, 2018, by Governor Kay Ivey.