Field Operations is responsible for supervising probationers and parolees, making requests for staffing needs for the field offices, maintaining file materials on all active parolees supervised by the field offices and reviewing various reports to include violation reports, annual reporting requests, audits and other departmental reports. Field Operations is also tasked with fleet management, drug testing and other tasks as required.

Field Operations is comprised of three divisions responsible for providing supervision and support to their assigned districts. There are 14 districts, each assigned with a District Manager. There are more than 60 field offices throughout the state. Please refer to the official district map for details. 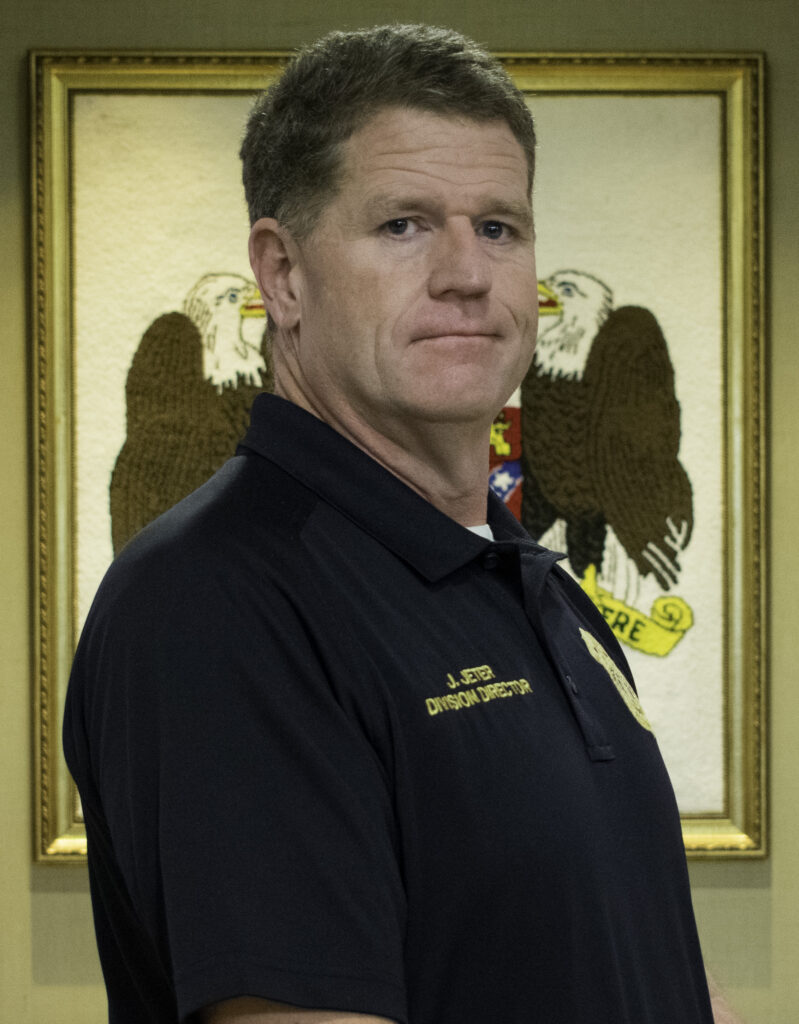 Jeff Jeter serves as Division I Director and Training Director of Field Operations for the Alabama Bureau of Pardons and Paroles. He began his career with this agency in February 1998 as a Probation and Parole Officer. He was promoted to Senior Probation and Parole Officer in 2002. In September 2015, he was promoted to District Manager. He became Division Director of Special Populations and Programs in June 2016. Jeter served in this position until transferring to his current position in February 2018.

In 2014, Jeter was certified by the University of Cincinnati as the Bureau’s first lead trainer for the Ohio Risk Assessment System. In this capacity, he traveled the state conducting ORAS audits for the agency to ensure the fidelity of the implemented risk tool.

Jeter graduated from Troy University in 1996 with a Bachelor of Science in History and Human Services. He graduated with the highest academic average in his police academy class in June 1998.

Askisha Jones began working for the agency in the capacity of an officer rather than Administrative Support Assistant in September 2005 when she was promoted to a Probation and Parole Officer. She was promoted to Senior Probation and Parole Officer within the Pardon Unit in March 2008.  After transferring from the Central Office, she served as a Senior Probation and Parole Officer in the Mobile Field Office from 2012 until 2015. She was promoted in March 2015 while still working in the Mobile Field Office and served as the District Manager of the Mobile, Chatom and Butler Field Offices until 2016. She served as the Division Director of Board Operations from June 2016 until laterally transferred to Field Operations in January of 2020.

Askisha Jones is a 1996 graduate of the University of Alabama in Birmingham where she obtained her Bachelor of Science Degree in Psychology.

Functions of a Division Director: