Alabama Bureau of Pardons and Paroles values providing quality training to all Bureau personnel. Jeff Jeter currently serves as the Division I Director and Training Director for Field Operations.

The Training Division is tasked to instruct and certify officers in 12 hours of continued education. They also place new Probation and Parole Officer Trainees that are not already certified by the Alabama Peace Officers Standards and Training Commission into the states’ police academies. The training completed at the police academies is a 13-week long process with a total of 540 hours.

Operations include delivering training courses on the following to Probation and Parole Officers:

Once an officer has been promoted or at their supervisor’s request, the following State Personnel classes are made available:

The following training is delivered to all Bureau staff: 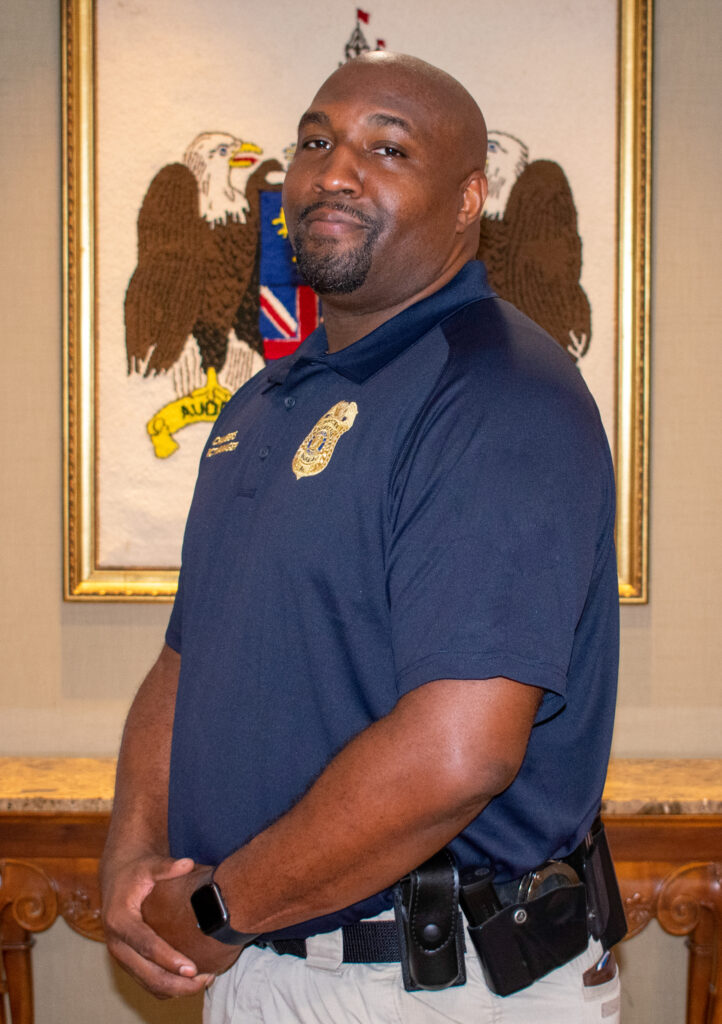 Chambers responsibilities also include monitoring information from the National Crime Information Center to make sure records are up to date on certifications and background checks. He serves as the Bureau’s liaison for Emergency Management too. He is certified by the Alabama Peace Officers Standards and Training Commission and certified as a Strategic Self-defense and Gunfighting Tactics Vanguard Instructor, Ohio Risk Assessment System Instructor, Case Planning Instructor, Core Correctional Practice Instructor, Motivation Interviewing Instructor and Chemical Spray Certification Instructor.

Chambers received his Bachelor of Science in Sociology with a minor in Criminology from Auburn University in 2000. He played football for the Auburn Tigers from 1997-2000. He would go on to play for the National Football League. Prior to serving at the Bureau, Chambers worked at the Lee County Sheriff’s Office in Opelika, Ala.

Chambers was raised in a military family, living all over the world. After his father retired in Fort McClellan, they lived in Eufaula, Ala.