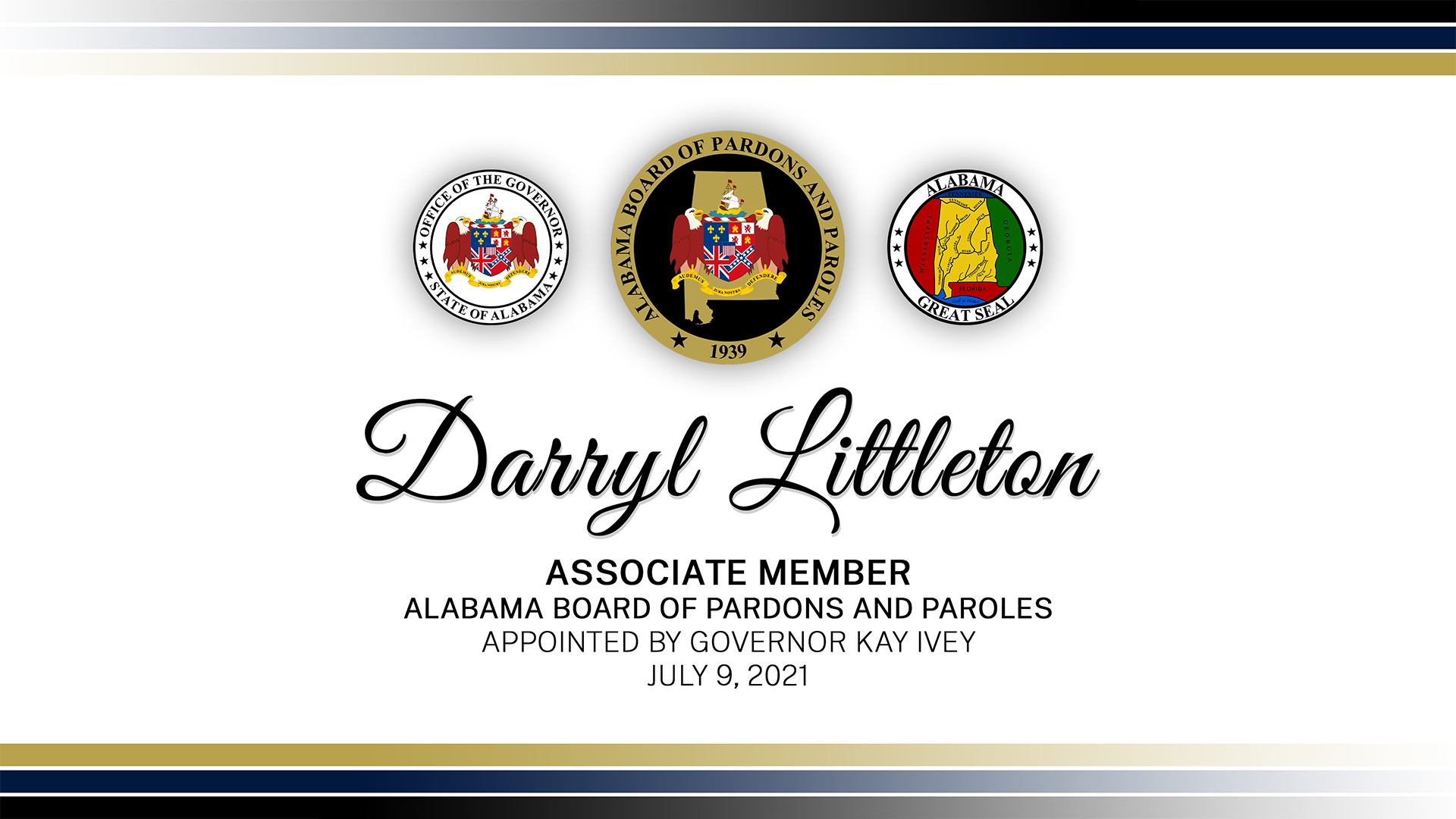 On Friday, retired State Trooper Corporal Darryl Littleton was appointed by Gov. Kay Ivey to the Alabama Board of Pardons and Paroles.

Littleton served as an Alabama State Trooper for 17 years and was an Alabama Law Enforcement Agency Executive Security Officer for eight years. He also served for 11 years in the U.S. Army and U.S. Army Reserves. He is currently Vice President of the Autism Society of Alabama.

Littleton said, “It is an honor to serve with the well-qualified professionals at the Bureau of Pardons and Paroles. I look forward to protecting public safety as a part of the collaborative effort between multiple agencies striving to serve the interest of Alabama’s citizens.”

“On behalf of the Board, we are excited to have Corporal Littleton joining the Alabama Board of Pardons and Paroles,” said Chair Leigh Gwathney. “We are grateful for the experience he brings and look forward to his addition to the Board.”

Littleton was nominated by Lt. Gov. Will Ainsworth, who is a member of the nominating committee for Board of Pardons and Paroles appointments.

Bureau Director Cam Ward, who has worked with Littleton as part of the Autism Society of Alabama, said, “I’ve known Darryl for more than 20 years. He has an excellent character, and I know he will bring a pragmatic approach to this new role.”

Littleton will replace Clifford Walker, who recently retired, as an Associate Board Member. The Bureau thanks Clifford Walker for 12 years of service as a member of the Alabama Board of Pardons and Paroles. Serving since 2009, including five years as Board Chair, Walker was highly respected by his colleagues. We wish him the best in his retirement.

In-person hearings open to the public will resume tomorrow. The Board will hear 76 parole hearings and 30 hearings on requests for pardons this week.