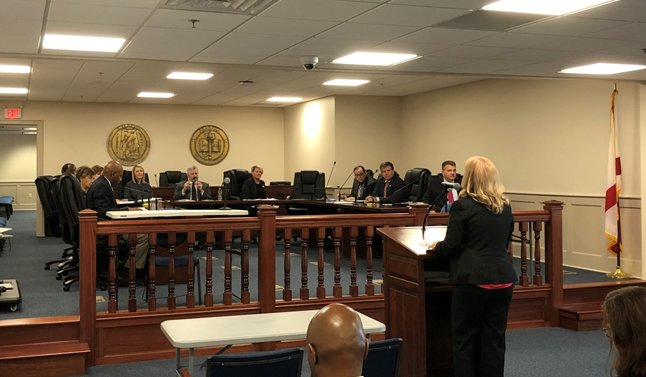 Leaders from State of Alabama agencies met Tuesday for the fifth Commission on Reentry meeting. Alabama Bureau of Pardons and Paroles Executive Assistant to the Director Jill Stallworth announced that five organizations are currently working together to create an arts exhibition called “Changing the Course,” which will exclusively feature pieces from current and formerly incarcerated individuals.

“We are working on hosting an art exhibition to display the creative talents of those who are currently incarcerated, as well as those who are on parole,” Stallworth said. Stallworth presented research on the need for art and education as a diversion opportunity for justice-involved individuals at all stages.

Kyes Stevens, Director of the Auburn University’s Alabama Prison Arts + Education Project, shared additional details about what to expect from the event. The organizations working together to develop this event are the Alabama Prison Arts + Education Project, Alabama Department of Corrections, Alabama Department of Archives and History, Ingram State Technical College, and the Bureau.

The Commission also heard the story of Ronald McKeithen, who was incarcerated from 1984 to 2010. This was facilitated by Executive Director Carla Crowder from Alabama Appleseed.

Brandon Johnson, Director of Policy for the City of Birmingham Mayor’s Office, presented the need for housing for formerly incarcerated people and requested the Commission consider ways to improve housing in Alabama as a method to reduce recidivism.