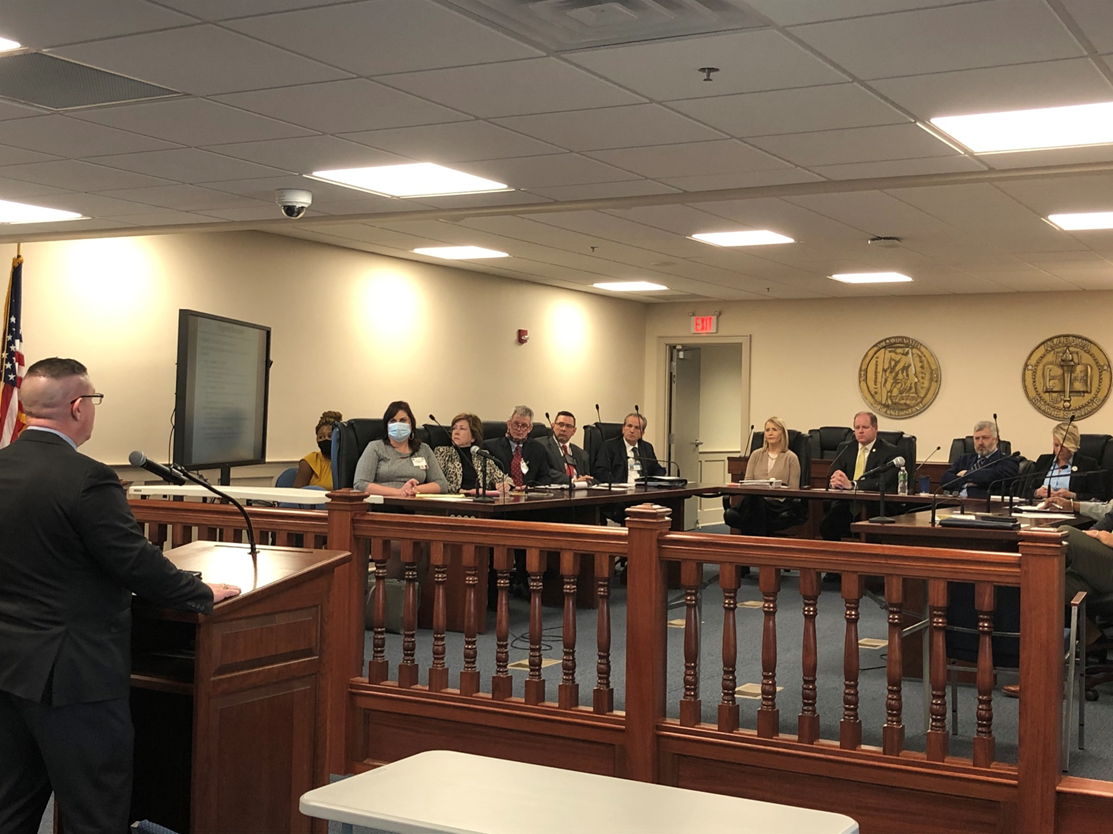 Sanders discussed the effectiveness of multiple recidivism reduction programs in Georgia. One program explored, among others, is Georgia’s medium security Metro Reentry Facility, which uses evidence-based practices and community collaboration in Atlanta and its surrounding counties. Staff at this facility are trained in risk reduction and mental health services to rehabilitate individuals with less than two years left on their sentence who would otherwise be at a higher risk for recidivism. More information is available here.

Georgia Ann Hudson, Communications Coordinator for the Alabama Department of Archives and History, introduced the Commission to Changing the Course: Art by the Currently and Formerly Incarcerated, an exhibition featuring works of art created by individuals in Alabama’s prisons, transitional homes, and Day Reporting Centers. The exhibition will be on display at the Alabama Department of Archives and History until April 15, 2022, and admission is free. More information on this event can be found via news releases ADAH and the Alabama Bureau of Pardons and Paroles.

Ingram State Technical College Director of Pardons and Parole Programs LaShanda Hails spoke about the upcoming 2021 Foundation Dinner, taking place on Thursday April 7, 2022 in Wetumpka. The event will consist of dinner, entertainment and a silent auction. Proceeds benefit the ISTC Foundation, which pursues grants and other awards to support ISTC activities. More information can be found on the ISTC website.