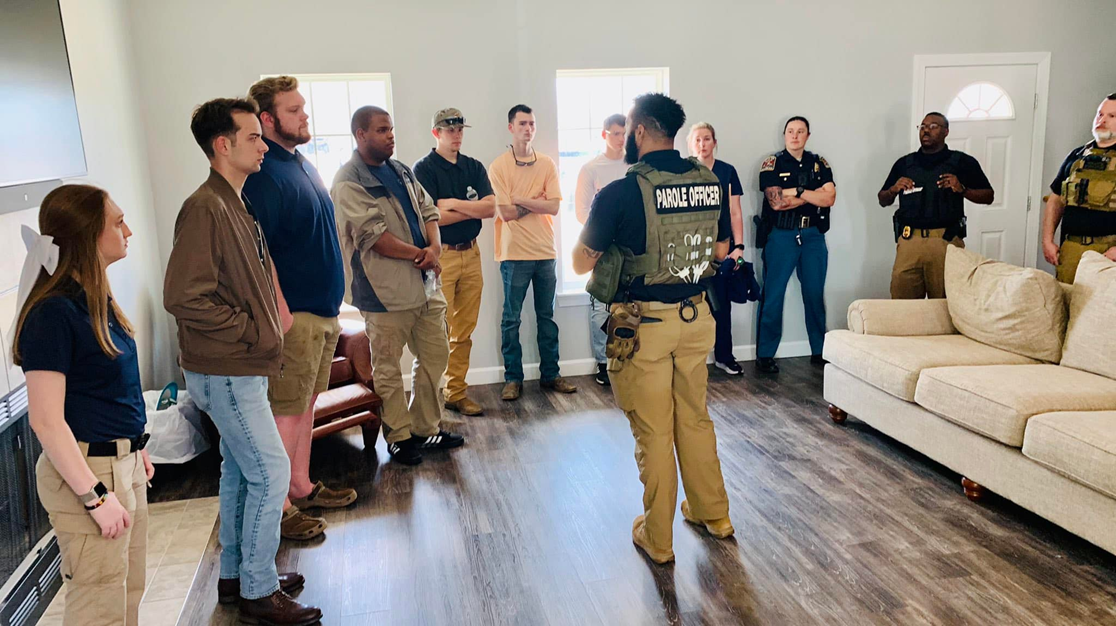 Using the on-site Teach Me House, Dothan Field Officers demonstrated a home visit to potential Alabama law enforcement officers alongside current officers from other agencies. Having Bureau officers play out scenarios experienced on the job, participants were able to see a glimpse of their duties performed daily. During the scenarios, Officer Jonathan Coachman explained to participants why each action was taken.

Home visits are regularly performed by Probation and Parole Officers to ensure probationers and parolees are complying with their rules of probation and the law.

District 1C Manager Derek Portwood said, “I have outstanding officers who truly show what our agency is about. My officers work extremely hard with integrity, intelligence, patience, compassion and a love for their job. I would like to personally thank each officer — Jared McPhaul, Holly Bridges, Mark Gamble, Jonathan Coachman, Cody Fountain, Lance Driskell and Michael Gurman — for participating in the event. I would also like to thank Senior Officers Ken Brown and Skip Duffie for organizing the Bureau’s efforts in this joint event. They did an extraordinary job.”

More information on the Wiregrass Public Safety Center can be found here.