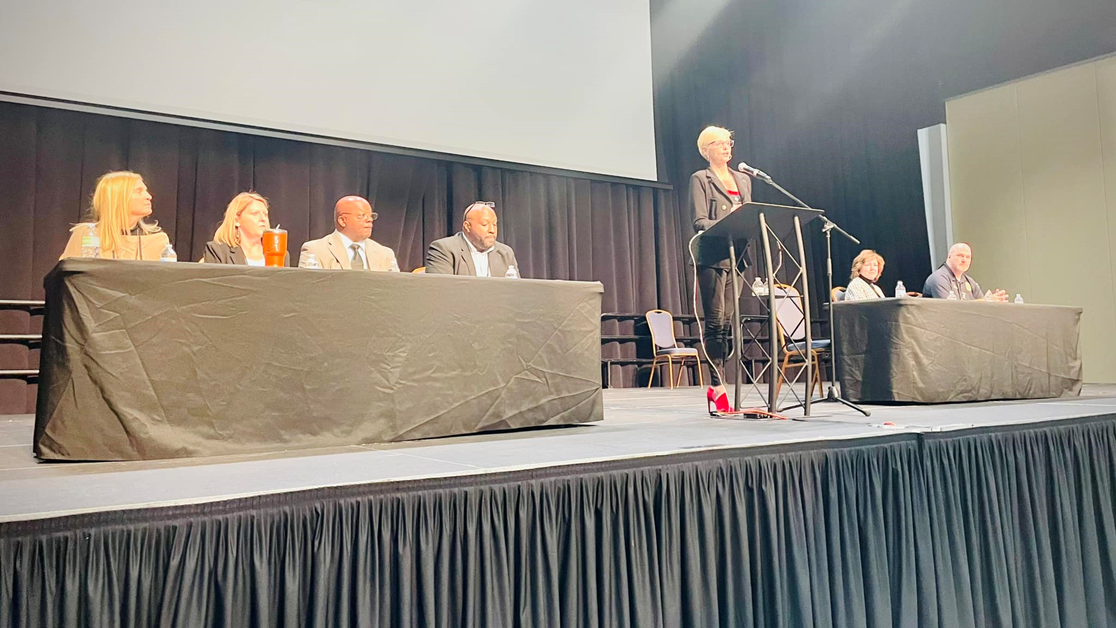 Orange Beach, Ala. — Officers and employees of the Alabama Bureau of Pardons and Paroles, the Alabama Department of Corrections, and Alabama Community Corrections united for the 2022 Alabama Council on Crime and Delinquency Fall Conference. The conference took place Sunday, Nov. 13 through Wednesday, Nov. 16 in Orange Beach, Ala., consisting of events to unify law enforcement officers and employees in Alabama state agencies serving justice-involved individuals.

The theme of the event was “all agencies, one purpose,” which was reflected by the attendees, as most built upon relationships formed either by working together or meeting at previous workshops. A highlight of the event was a reentry simulation organized by the United States Attorney’s Office in the Northern District of Alabama, requiring officers and employees to spend an hour overcoming the various hurdles required by individuals reentering society after incarceration. Success in this exercise required organization and cooperation, providing much-needed perspective to staff typically experiencing a different side of the reentry process. Attendees also had the opportunity to bond through various social activities, including dinners, an awards luncheon and an axe-throwing competition.

A question-and-answer session began the conference, with the Alabama Board of Pardons and Paroles describing their process and responding to questions submitted by employees. Departmental meetings were also held, with ABPP and ADOC undergoing respective sessions lead by agency leadership.

The event welcomed many special guests, including Alabama Department of Mental Health Commissioner Kim Boswell who welcomed everyone before discussing the numerous ADMH resources available for justice-involved individuals. Timothy Alexander opened the second day of the conference, providing his inspiring story of finding purpose in life while paralyzed. More information can be found here. During the awards luncheon Investigator Sean Malloy with the Alabama State Board of Pharmacy spoke on ways law enforcement officers can better handle stress.

The final day of the conference featured two keynote speakers, beginning with former football player David Battle. He told his story of being previously involved with drugs and addiction before getting serious about recovery. Filmmaker James Wahlberg, maker of many critically acclaimed short films on the topic of addiction, closed the conference by speaking about his journey through addiction, incarceration and recovery. Information about his multiple projects can be found here.

The Bureau gratefully acknowledges ACCD President Kim Thurston and Immediate Past President Kristi Smith, along with all members who serve on the ACCD Board and various committees, whose efforts made this event a success. We also thank all special guest speakers, as well as the Gulf Shores High School GSCS Sound Waves Choir for singing the national anthem during the opening ceremony. For more on ACCD, visit this link.