The Alabama Board of Pardons and Paroles held 29 parole hearings Thursday, granting two paroles and denying 27. The Board continued one hearing to a later date. The Board also held nine hearings on requests for pardons, granting two and denying seven.  Parole HearingsGrant: 2Deny: 27Continue: 1 Pardon HearingsGrant: 2Deny: 7Continue: 1 The hearing minutes … Read more 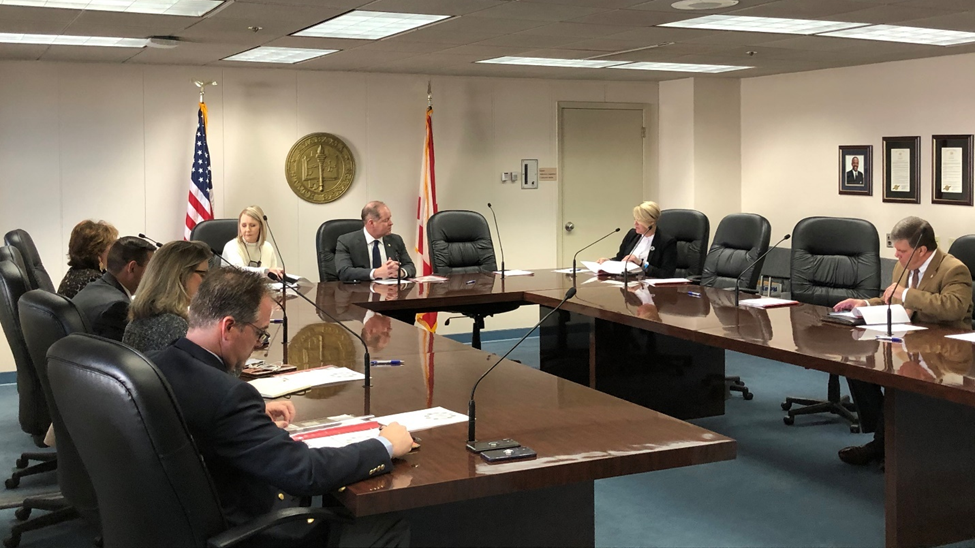 Leaders from State of Alabama agencies met Tuesday for the first Commission on Reentry meeting of 2022. Newly appointed Alabama Department of Corrections Commissioner John Hamm attended and was introduced to the committee. Much of the meeting examined the accompanying Commission on Reentry Findings, Conclusions and Recommendations report submitted for 2021. Notable discussion based on … Read more

The Alabama Board of Pardons and Paroles has scheduled 68 parole hearings and 35 hearings on requests for pardons next week, July 20 – July 22, 2021. The list below contains the names of the inmates to be considered for parole July 20 – July 22 along with their county or counties of conviction. News … Read more